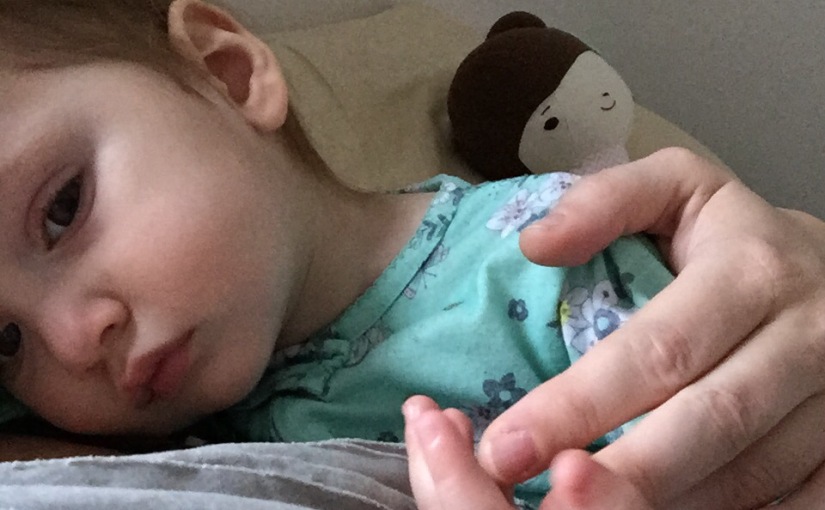 When Ellison was 18 months old, we weaned. We did it cold turkey, and it worked beautifully. Sure, there were a couple of rough nights, but he got used it relatively quickly and painlessly and all was well. 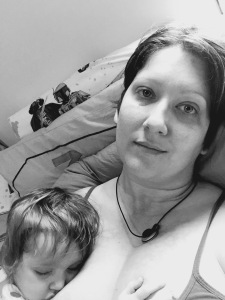 So when I started really feeling done* with the whole nursing thing with Rory, I figured it would work pretty much the same way.

At 17 months old, Rory was not ready to wean. She was nutritionally ready – she ate a TON, and rarely wanted to nurse during the day – but emotionally she needs to nurse. I figured this out after three nights of basically zero sleep, in which she screamed uncontrollably and wouldn’t let anyone touch her, all because I calmly and firmly told her we weren’t nursing anymore.

She also began refusing to nap during the day, and developed separation anxiety like crazy. According to Dr. Sears, this is a textbook example of how not to wean.

I’ve backed off on weaning for now. I’m hoping that once we get her settled back into a routine and feeling secure we can try weaning again.

*I’m very much a fan of nursing, but I’m also a fan of my own sanity, and the two seem to be at odds with each other. Seriously, though, you want to breastfeed into toddlerhood? More power to you!