When Ellison was 18 months old, we weaned. We did it cold turkey, and it worked beautifully. Sure, there were a couple of rough nights, but he got used it relatively quickly and painlessly and all was well.

So when I started really feeling done* with the whole nursing thing with Rory, I figured it would work pretty much the same way.

At 17 months old, Rory was not ready to wean. She was nutritionally ready – she ate a TON, and rarely wanted to nurse during the day – but emotionally she needs to nurse. I figured this out after three nights of basically zero sleep, in which she screamed uncontrollably and wouldn’t let anyone touch her, all because I calmly and firmly told her we weren’t nursing anymore.

She also began refusing to nap during the day, and developed separation anxiety like crazy. According to Dr. Sears, this is a textbook example of how not to wean.

I’ve backed off on weaning for now. I’m hoping that once we get her settled back into a routine and feeling secure we can try weaning again.

*I’m very much a fan of nursing, but I’m also a fan of my own sanity, and the two seem to be at odds with each other. Seriously, though, you want to breastfeed into toddlerhood? More power to you! 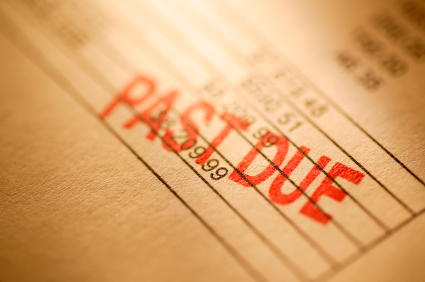 I’m kicking ass at NaNoWriMo! No, wait. Take that and reverse it. NaNoWriMo is kicking my ass, but it’s okay, because everything else is kicking my ass too, because I’ve spent the last two weeks doing battle with the nastiest almost-cold ever. First I was getting the cold: tired, sore, cranky, scratchy throat, no energy. Then I was getting over the cold: tired, sore, cranky, hacky lungs, no energy. Apparently I skipped the part where I was actually sick, so…yay? But still.

The bright side to being distractingly sick is that I haven’t had the energy to properly stress out about all of the things I’m failing to do. And there are a lot of things! I’m not just saying that because I’m depressed (although, hey, if you’ve ever wondered about exactly how many things about you suck, depression can shine a Klieg light on each and every one of them). Just ask all the bill collectors. Oh the stories they could tell, if only I would answer their calls! (Which I am not. Because I can’t pay them, and really, how many times do I need to have that conversation?)

Not being able to pay my bills seriously bums me out. I worked really fucking hard to not be that person. After growing up on welfare, with various utilities constantly in a state of will-they or won’t-they shut them off today, I NEVER wanted to have that sense of helplessness again. And yet. AND YET. Granted, the bills I can’t pay currently aren’t of the sustenance-level variety (YET) but I still just want to lay down and die every time a due date passes and our bank account fails to inflate accordingly. I’m working really hard, too – it’s just not enough. None of it is enough.

Bah. Did I mention I’m feeling less sick? You know what that means. WELCOME BACK, CRIPPLING DEPRESSION. I HAVE MISSED YOU.

Someone should keep track of all my NaNoWriMo puns. Seriously. It would waste a good five minutes and give you something to do on a Saturday night which does not involve miserably hacking up bits of lung, which is what I’m doing. Oh, I know, waaaah. (Note to those who haven’t noticed yet: I get cranky when I am sick.)

But the last three days of fever and sore throat aren’t the reason I’m dropping out of NaNoWriMo a mere 8 days in. No, it’s much more prosaic than that: I have too much work to do. Work + active toddler + more work + housework = no time. Oh sure, I could something out to make time for writing. Let’s see: sleep? Well, I’m already knackered all the time, and despite all my best efforts I seem to prefer sleeping as long as I can rather than dragging myself out of bed while my angelic offspring slumbers. So that leaves either work of housework. We know what happens when I do not clean the house (SPOILER: the cleaning fairy isn’t real, and by the way, neither is the Easter Bunny) so that’s out.

So I could cut out early from work in order to write, quit maybe the part-time freelance gig I added on a couple of months ago during a particularly worrisome point in our financial cycle, but therein lies a funny realization: I’m unwilling to risk insolvency to further my writing career.

Huh. When did that happen?

The depressing part, of course, is that this means I Am Not A Writer. Which in turn means I wasted a crapload of time wearing lots of black and cramming together enough bad metaphors to fill not one not two but THREE mostly-unfinished novels, the latest of which I was really excited about, damn it. Er, plus the one I’m supposed to be writing now, which I’ve been planning for the past two years, which is even more depressing when you think about all the other things I could have been doing when I was scrabbling down notes and marking articles on Wikipedia and generally being way, way too full of myself.

I don’t know. I mean, I know failing at NaNo doesn’t mean I can never write again, but it’s a pretty good indicator of my commitment level. The way I look at it, I can either be willing to make sacrifices in order to be a writer, or I can quit whining about never having enough time to write. And I’m not sacrificing anything, am I?